“What I strive to do for every couple I shoot is to deliver variety, quality, and consistency throughout.” Listen as Andy and his guest Erich McVey discuss a variety of topics, including how he got started in photography and what he means by combining documentary and fine art styles when he shoots weddings plus much more on this episode of The Wedding Biz.

Erich is a wedding, portrait, and editorial film photographer with a love for medium format cameras, natural light, and incredible scenery. Erich was named by Harpers Bazaar, Brides, and Martha Stewart Weddings as one of the world’s best wedding photographers and twice selected as film Photographer of the Year.

Listen as Erich discusses controlling variables to position couples to give them a moment and not let the business and repetition kill his zest for creating unique imagery. Erich also shares what drew him to film over digital and why he believes he can live in the camera when he shoots with film instead of dealing with the distraction of digital.

Erich believes that lighting is a photographer’s best friend. Using light is probably the most enjoyable aspect of being a photographer and is a major way to distinguish photographers from one another. Erich says that he loves the fact that this gets to be his job and that it’s totally interpretive.

[03:26] Erich shares how his mom got him an interview to shoot an ad campaign before he ever even had a camera.

[05:17] Erich speaks about traveling the country for his first job, shooting at different locations for the company, and how the person they paired him up with eventually became his wife.

[08:02] Erich believes his parents were an enormous influence on him becoming a photographer.

[09:15] He shot a family friend’s wedding, and his career started from word of mouth.

[12:01] Erich describes what he means by combining documentary and fine art style.

[14:48] Erich tells every couple he talks to, whether or not they hire him, to look at full wedding galleries from wedding photographers.

[16:12] Erich discusses how he goes about putting couples in a position to have a moment.

[18:52] Having the headspace to roll with and address the variables as they come is very important.

[20:08] Erich believes you can lose your zest and artistry to create unique imagery when business and repetition kill the soul.

[26:39] Once Erich determined how he wanted his photography to look, he reached out to Jose Villa and signed up for his workshop.

[28:32] Erich talks about why he likes the look of film over digital.

[30:08] Erich lives in the camera when he shoots film instead of the disruption of using digital.

[31:28] How do you think about framing and composition?

[33:18] Erich believes that light is a photographer’s best friend, and there is a learning curve when you go from digital to film.

[35:40] “Utilizing light is probably the most fun aspect of being a photographer and the way that maybe even distinguishes photographers the most from one another.”

[38:53] What still challenges you and gives you anxiety?

[40:28] Erich loves that this is his job and that he can take a wedding in many directions, which he says is terrifying, but it keeps him motivated.

[42:36] Erich discusses the online photography course he and his wife put together.

Erich’s online course if i made 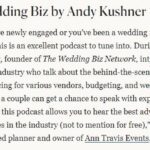 The Wedding Biz Named One of "The 11 Best Wedding Podcasts to Listen to Now" by Brides.com 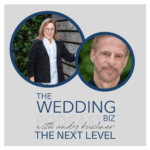 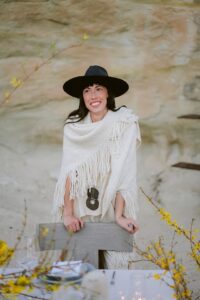 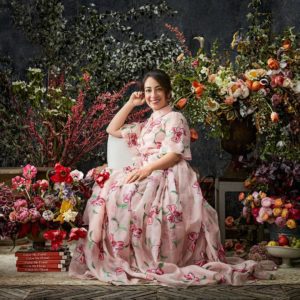