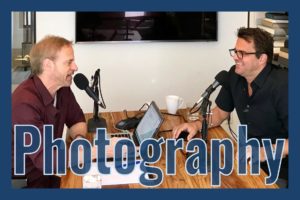 Joining Andy on today’s episode of The Wedding Biz is Jean-Pierre Uys of Jean-Pierre Uys Photography! Based out of New York City, Jean-Pierre is an acclaimed wedding photographer, artist, and creative explorer. Having shot over 700 weddings, his images have been published in over seventy local and international magazines, and he even helped publish two hardcover wedding books. Jean-Pierre is also the recipient of numerous awards and accolades including but not limited to a Framed Awards nomination as one of the ten best wedding photographers in the world and Junebug Weddings’ Best of the Best Wedding Images Around the World.

Jean-Pierre talks about his childhood and education, revealing that he always had a love for visuals but originally more so videos as opposed to stills. He and Andy agree that creative entrepreneurship isn’t something that they originally saw for their futures, especially not long-term, and Jean-Pierre reflects that he didn’t originally think that he would be involved in photography for as long as he has been but that once you find something you’re successful in, it tends to become your passion.

We also learn about how Jean-Pierre tends to work with his clients and how he captures their essence and tells their stories. He walks us through his usual process with his clients and how they build that professional relationship. He also looks back at his time working in South Africa and how it was a bit different than how he works now out of New York City. Jean-Pierre also touches upon balancing the creative side of what he does with the business side of it, disclosing that he does not find running the business side of it challenging at all.

Jean-Pierre, in addition, gives a couple of examples of his artistic and creative work outside of wedding photography, and he gives a couple of pieces of advice for anyone who wants to walk a similar path, emphasizing, for example, that photography should tell a linear story with a beginning, middle, and end. Andy has been wanting to interview Jean-Pierre ever since Colin Cowie mentioned working with him, so he is really appreciative of Jean-Pierre’s time, especially since Jean-Pierre offers new ways to look at things, ways that Andy never had before.

Be sure to check out Jean-Pierre’s website and his social media pages on Instagram and Facebook, and as always, if you can think of at least three good friends who might really benefit from and enjoy this interview with Jean-Pierre Uys, be sure to share it with them! Andy would also really appreciate it if you were to subscribe to the podcast if you aren’t already and to leave a top review wherever you listen! That really helps out the show and helps people find it!

This episode is sponsored by Zola, the fastest-growing wedding platform that connects today’s couples with the right vendors. Zola gives wedding vendors more control, better exposure, and higher quality leads — all with competitive pricing and no annual commitment. Create your free listing at www.zola.com/andy.

[2:06] – Jean-Pierre reflects on his childhood and where his love for photography comes from.

[4:50] – Jean-Pierre reveals that he didn’t realize that he would do this as long as he has.

[7:20] – Jean-Pierre discusses wedding expos inspiring him when he was in college.

[9:02] – Jean-Pierre talks about telling a story via photography.

[12:15] – Jean-Pierre walks us through his usual process with clients.

[13:56] – Jean-Pierre looks back at his time working in South Africa and how it differed there.

[15:58] – Jean-Pierre points out why lighting is different between men and women.

[18:00] – Discover what Jean-Pierre means when he says that he sculpts with the light.

[20:08] – Jean-Pierre offers insight into veils being used to the photographer’s advantage.

[27:07] – Jean-Pierre touches upon energy shifting between creativity and business.

[33:48] – Learn about the importance of sequencing in portfolios.

Title Sponsor: This episode is sponsored by Kushner Entertainment & Zola. 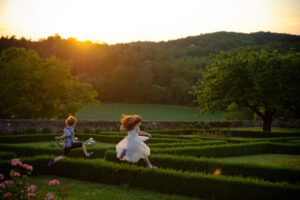 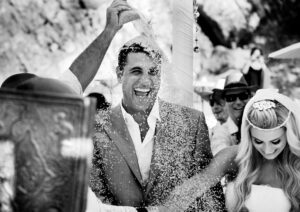 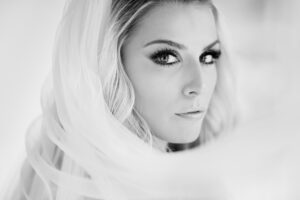 In this week’s discussion, photographer Greg Lawson takes Andy through his museum-like gallery in Sedona, Arizona, to explore the fundamentals of his philosophy on human nature.

Just in time for Engage!, Andy and Melissa are discussing all of the best networking techniques to make you stand out among your competition. The topic of today’s episode comes from lessons learned from Andy’s interview with Phillip Van Norstrand. He’s a master networker!

Has your religion influenced you through your whole life? On today’s show that is just the case as our guest grew up in a Christian family with good clean fun all around him, despite the influence of a “hippy commune.” Starting off his career path as part of the church, he eventually found a new devotion to photography when he fell in love with traveling.

In this episode of THE NEXT LEVEL, Andy and Melissa come together to dive into Andrè Maier’s interview. Andrè is a wedding photojournalist and his path to success has been anything but conventional.